The framework covers actions in areas of common interest, such as participation in research and development programs, the exchange of information and know-how, the provision of consulting services and the preparation of studies on issues related to the field of action of the Cyprus Ports Authority. Also, the two parties intend to implement joint cultural, scientific and educational events and to cooperate in the placement of students of the Technological University for internship purposes.

Within the framework of the existing cooperation protocol, TEPAK has proceeded with the provision of drones or UAVs (unmanned aerial vehicles) to the Cyprus Ports Authority which will be utilized by the VTS service for monitoring and environmental monitoring of the area around the port of Lemes. Relevant training of ALK personnel regarding the flight of drones was carried out in the port of Limassol on July 7, 2020 by Mr. Loris Dimitriadis of Aeroworx Skies (see attached photos). It should be noted that these drones / UAVs were provided by TEPAK within the STM Validation Research Program (2015-2018). 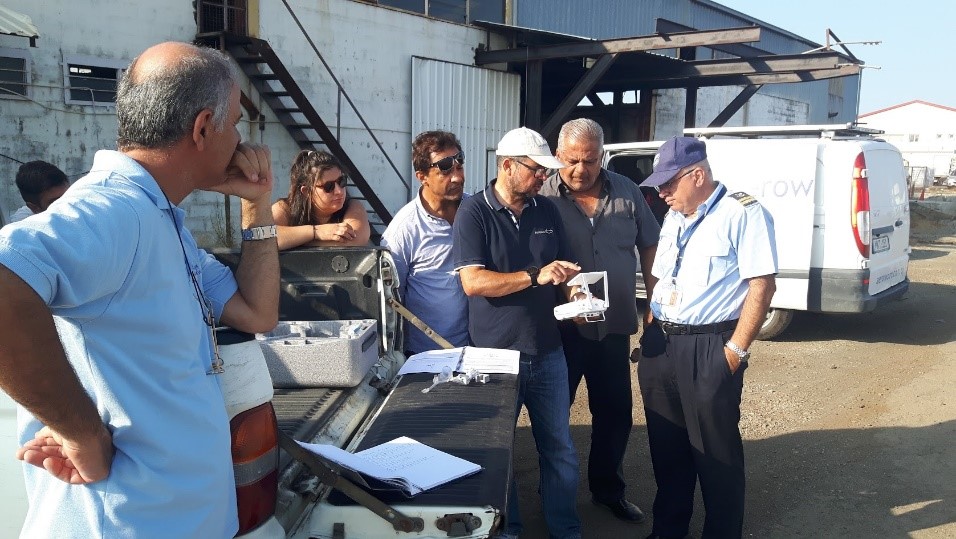 At the same time, the utilization of drones by ALK falls within the objectives of the STEAM Research Program (Sea Traffic Management in the Eastern Mediterranean) in which ALK is an official partner. STEAM is a three-year project that started in January 2019 with a budget of about one million euros. The overall objective of the STEAM project is to effectively manage maritime traffic in the Eastern Mediterranean, while ensuring safety and environmental sustainability.

The Program is co-financed by the European Structural Funds and the Government of Cyprus through the Research Promotion Foundation (STEAM Project: INTEGRATED / 0916/0063).

We are very happy to announce that the first book on Maritime Informatics has... read more

Press release: PortCDM at the Port of Limassol as an enabler of Short Sea Shipping in the Eastern Mediterranean

We are very happy to announce that the United Nations now... read more